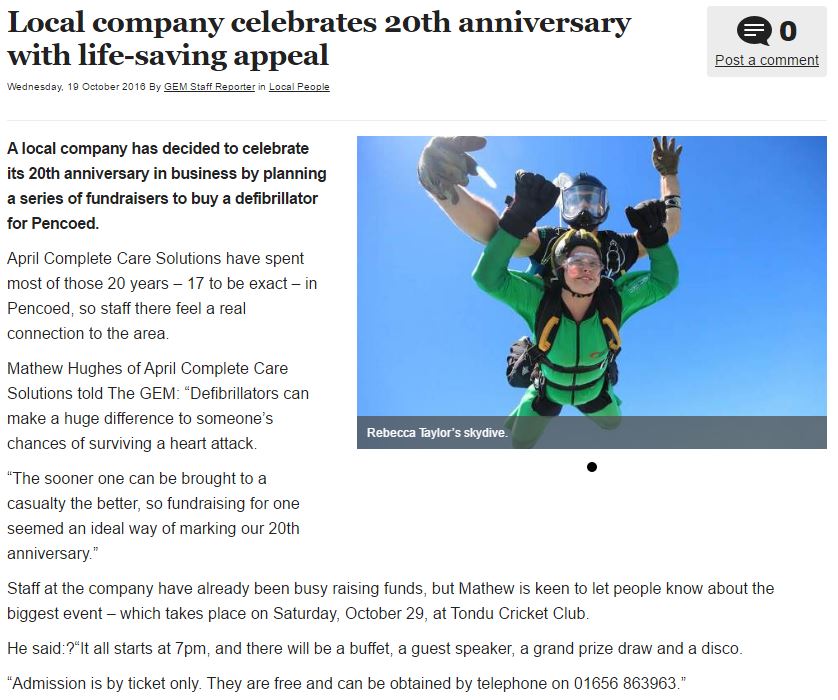 Don’t forget all, it’s the weekend of our 20th Anniversary party / charity event, at Tondu Cricket Club. Kicking off at 7pm tomorrow. Are you getting excited yet? We sure are!

There’s a raffle being drawn later on in the night with some fab prizes which have been donated in part by the local businesses of Pencoed. See the pic for full details of the 17! Prizes on offer.

All money raised will go towards the 24/7 accessible Defibrillator in Pencoed. (Located at the Londis/Texaco petrol station)

There will be a guest speaker, a buffet and a dj spinning the decks late into the night. So dust off your favourite dancing shoes and let’s set the floor on fire!